Amy & Ryan win the prize for the wedding feels

Amy & Ryan win the prize for the wedding feels

“We didn’t feel the need to justify our love for one another through expensive and grandiose gestures and ‘things’.”

The union of Amy and Ryan can only be best described as, what we like to call, ‘Mindfully Wed’. Amy and Ryan chose to throw out the idea of a ‘showy’ wedding, and instead focus on what really matters: the people.

“At the end of the day what people remember about weddings are the emotions and the heartfelt moments, and those are things that money can’t buy. Ultimately, we wanted a very intimate day with the people who are closest to us. We wanted a chance to properly connect with those nearest and dearest to us and to have them make special memories with us”. 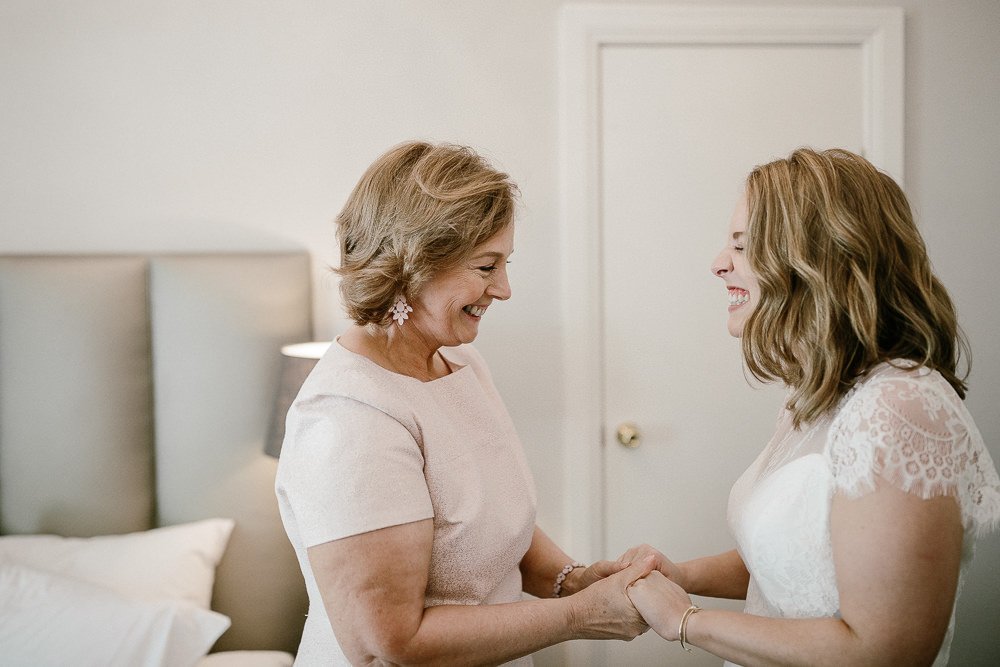 The couple met in 2009. Ryan thought Amy was a ‘bit of a dork’, and Amy remembers her first impression of Ryan was that had a very deep voice for such a small man. They didn’t realise that Ryan would fall in love with Amy’s dorkiness, and Amy with Ryan’s deep voice! One evening, Amy invited Ryan to join her and a group of friends to see ‘The Imaginarium of Doctor Parnassus’ at the Moonlight Cinema in Centennial Park, and Ryan cancelled on a shift at work to come along (he later lost this job as a result)! The “group of friends” turned out to be two other couples, and by the end of the film, Ryan and Amy were holding hands, and the rest is history.

Ryan proposed to Amy on their favourite bushwalk, serenaded by a group of musicians playing a string version of their favourite song. Their love of music carried through into their ceremony, as the typical wedding reading was replaced with a song sung by two of their closest friends on Ryan’s late father’s guitar – tissues were used by everyone present! Their wedding playlist was put together over a bottle of wine, with a group of great friends; perhaps the only way a wedding playlist should be created.

Whilst Ryan and Amy planned their wedding, the same-sex marriage debate was in full force. Instead of gifts, the couple set up a donation page to Beyond Blue, to help support members of the LGBTQIA+ community.

They married in the She-Oak Grove Centennial Parklands, and enjoyed a lively reception at The Hughenden Boutique Hotel, Woollahra. Their most vivid memory of the day was watching each other at the end of the isle, whilst the rest of the world fell away from them.

“I cried the whole way through. Amy told me in the lead up that I would surprise myself with how emotional I would be on the day, and she was entirely correct” Ryan. 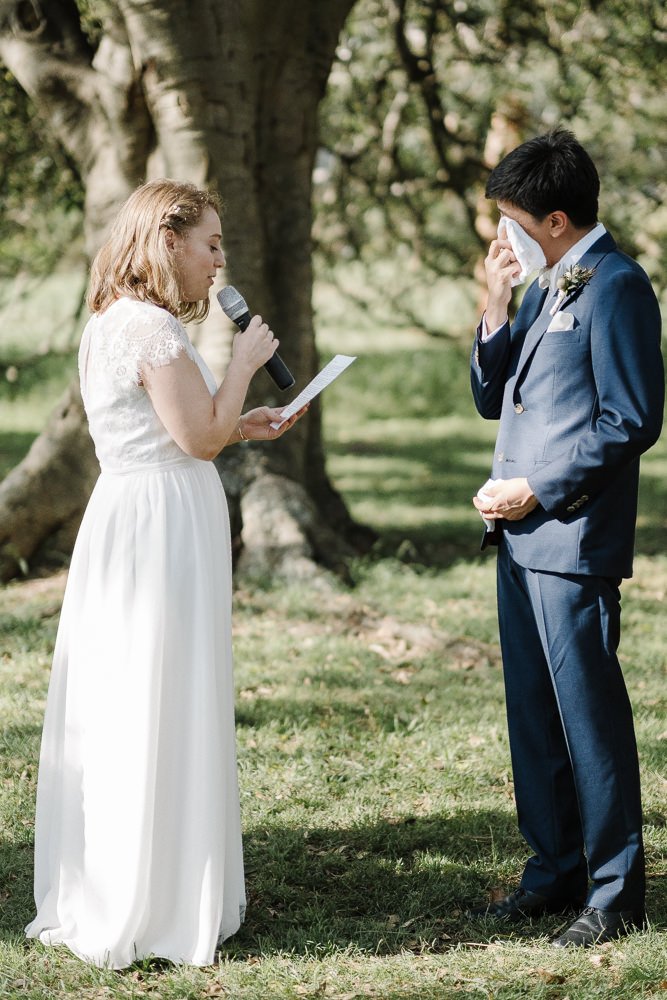 The part of the wedding couples dread most, is usually: photo time. But not for Ryan and Amy! The couple found an amazing photographer, Lina Hayes, who suited their style, and became a great friend. They walked around the park, laughing and smiling, and with Lina in tow, she captured the true essence of what their love is all about.

Ryan and Amy are a strong duo. Their love and loyalty for each other cannot be missed in the way they talk about the other person, or glance at each other with adoring eyes. Ryan appreciates Amy’s humour and intelligence, and Amy has found someone who encourages her through all her adventures and passions.

Living purposefully for these two love birds starts with staying true to themselves. Together, Ryan and Amy challenge each other in their thinking, and bring out the best of each other in everything they do.

“Examining our values and assessing our priorities has helped us learn what rings true and has really helped us live a more genuine and purposeful life without fearing what other people will think.”

Ryan and Amy’s loyalty and passion to see the other person thrive, is what makes their union so; right. As they continue to grow, and learn from each other, we wish them all the happiness in the world which they oh so greatly deserve.

Review of the Mindfully Wed E-Guide | By The Unmaterial Girl

How to turn your kids into tree-loving, world-changers.